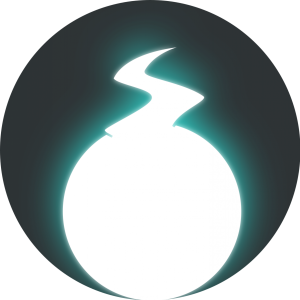 In Linux we have two different types of how drivers find their way into the system. The first is builtin drivers, those drivers are compiled into the kernel image – they are always there and you cannot get rid of them easily (well, you can blacklist them). The other way is the way modules go. Modules are dynamically loaded extensions for the kernel, you can load and unload them as you wish.

In the following I will focus mainly on the latter and the HID subsystem.

How is a driver module loaded?

The kernel is sending out a so called uevent when a hotplug-capable device is plugged in (or removed). Udev (udevd) is listening to those events (via a Netlink-Socket) and is responsible to load the necessary driver modules. You can monitor the communication between the kernel an udev by running the following command

How does udev load the modules?

Udev does itself invoke another programm called kmod (which is roughly the same as modprobe, modinfo, …), this is done by the following simple udev-rule located in /usr/lib/udev/rules.d/80-drivers.rules

kmod is a builtin systemd tool (which you cannot simply call from userspace), as an argument it gets the so called modalias.

The modalias is nothing more but another name for the module to be loaded, but the „other name“ is not arbitrary, it is an unique hardware identifier.

Okay, but how does kmod know which modules to load?

Every driver (e.g. a HID driver) includes a list of fitting devices, the so called MODULE_DEVICE_TABLE, it looks something like the following

Kmod equals modprobe in userspace. According to the explained aliases the following commands are therefore equal

Whenever a new driver is loaded by udev it has to register itself at the bus master. How exactly is this registering done?

The bus master does hold a list of drivers to which the new driver is now simply appended.

What does that mean for the priority?

The driver which is registered first at the bus is the one which is served when a fitting device is plugged in. Therefore bultin drivers (drivers which aren’t loadable modules but built into the kernel-image itself) are always served first, just because they are already registered at boot time. If there is more than one builtin driver for a specific device, the one which is linked first (according to the Makefile) is preferred. Read more about this binding below.

So now the driver is loaded into the system and it is registered at the bus master. But how is a device bound to the driver?

I will start at device_attach() which is called if a new device is recognized.